Elkins, W. Va., November 20, 2020: On Wednesday, a demolition crew contracted by City of Elkins tore down a derelict structure at 506 South Randolph Avenue in Elkins. The demolition was authorized by a Randolph County Circuit Court order. The city does not have title to the property and so cannot auction it, but a city lien against it seeks to recoup approximately $40,000 in demolition costs at the time of any future sale.

The property at 506 South Randolph Avenue is one of several tracts of real estate located in Elkins that are part of the estate of Roger G. Fussell, who operated rental properties throughout the area until his death, in 2009. Because Fussell’s will remains contested, this property and his other real estate holdings cannot be distributed to his heirs and so remain the property of his estate, for which his daughter, Andrea Simmons, is the executrix. 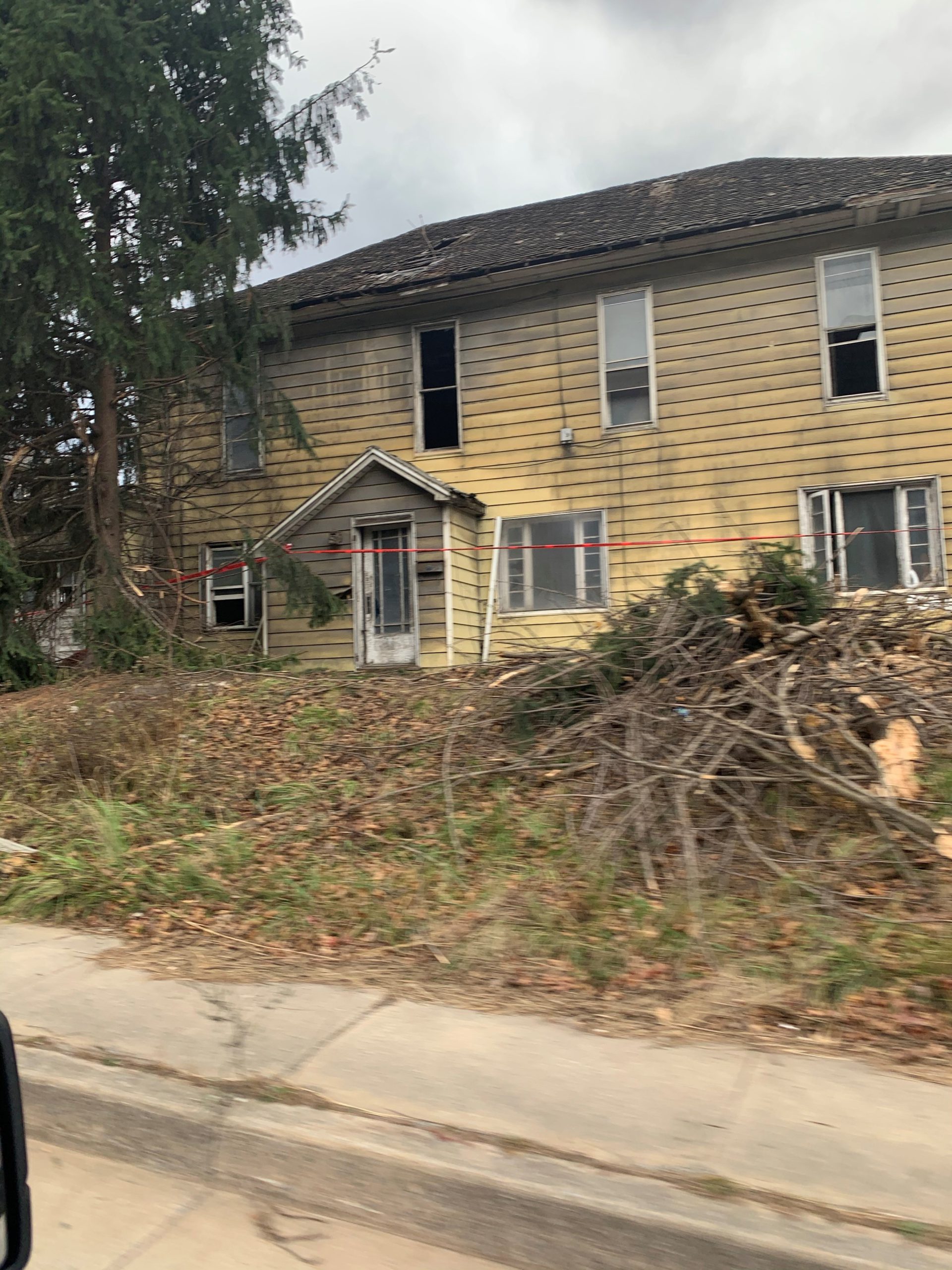 506 South Randolph, damaged by fire and years of neglect.

Already vacant when it was severely damaged by fire in 2014, the house at 506 South Randolph Avenue was never repaired by its owner and its condition continued to worsen. City of Elkins monitored the property and repeatedly requested that the Fussell estate address the problems associated with the increasingly dilapidated and dangerous structure. After issuing multiple citations, city code enforcement condemned the structure, then sought court approval for demolition, which was granted late last year.

“Because of due process and other legal requirements for dealing with these kinds of properties, getting to the point where we can demolish can take years under the best of circumstances,” says Geraldine Roberts, Elkins City Attorney. “For a property owned by an estate that is still open because of various legal issues, the situation is even more complicated and takes even longer to resolve.”

Another source of delay for this project was the need for extensive asbestos abatement, a highly regulated, time-consuming, and expensive process.

“Testing for and safely removing a large amount of asbestos slowed us down on this one, but everything came together to get it taken care of this week,” says Bob Pingley, the city’s operations manager. “That house has been a longtime eyesore in a highly traveled area, so it’s nice to know it’s finally gone.”

It is an open question whether City of Elkins will ever be reimbursed for the approximately $40,000 in demolition expenses, a relatively high price tag for a residential demolition resulting in large part from the asbestos abatement. After demolition, the remains of 506 South Randolph Avenue await disposal.

“Even if the city demolishes a dangerous structure as an immediate safety hazard, we don’t automatically obtain title and might never recoup our costs,” says Roberts. “As a standard practice, we’ve placed a lien against this property, but that lien will not necessarily be paid at the time of any sale. For one thing, there may be other liens ahead of ours and frankly it is unlikely the property would sell for enough to cover our lien anyway.”

Roberts explains that demolitions like this one must often simply be budgeted for, like any other service cities provide, without expectation of reimbursement.

“We’ll seek every possible remedy that we can in this case, but unfortunately, a lot of the time cities and counties simply have to accept these costs as part of their responsibility to protect people from dangerous structures and help maintain the value of the surrounding properties.”